I told myself I won’t watch any new dramas. I told myself I would just simply “check out” the first episode. Now, fours hours have passed… and I watched all five episodes available 😀 #NoRegrats

Note: I highly recommend this drama to people who misses good old Taiwanese dramas like Hi My Sweetheart. My Little Princess is short (only 16 episodes!), there is “accidental” skin-ship, gorgeous actors and many funny yet silly dialogues. The dubbing is a little off but tolerable. Oh, and Mike D’Angelo is so gorgeous ><

Sidenote: I won’t recap other episodes 😛

Lin Xingchen grew up to be like a princess, from head to toe. However, there is a family secret most people are unaware: her biological mother isn’t the wife of her father. At a young age, when her dad died, her mother decided to give her away to the wife for money. In exchange, she should act as the heiress of the family. At a marrying age, her adoptive mom decides to find a fiancee for Xinghen: Zheng Chuyao. 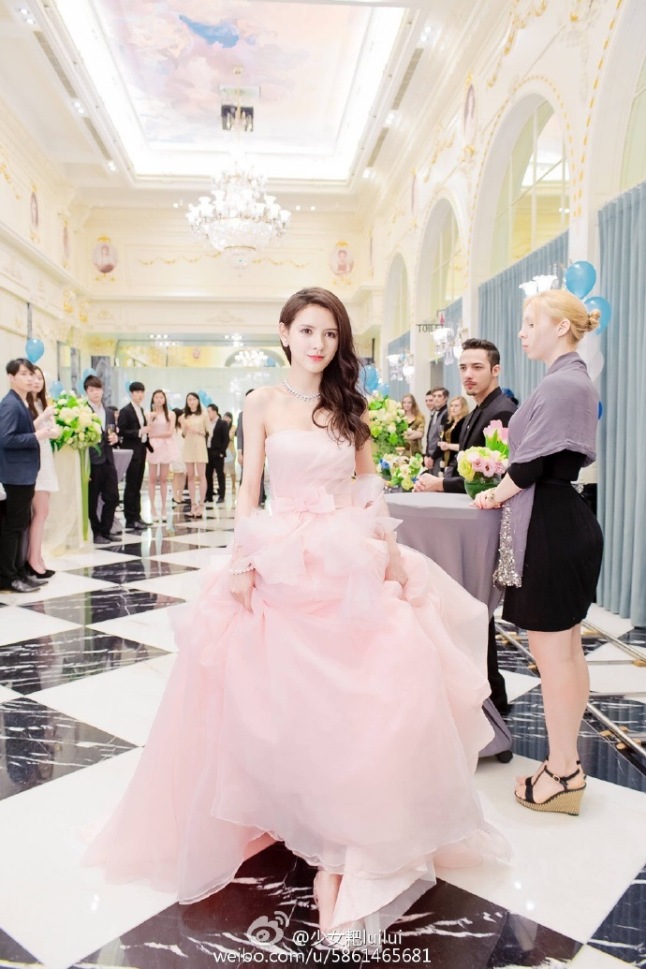 She attends the evening party and assume the first man in a white suit, Jiang Nianyu, must be her fiancee. Pleased, she sits next to him and start playing playing piano together. Nianyu looks at her and tell her to “move”.

At this moment, Chuyao appears and tell Nianyu to be more polite to a lady. Xingchen is not interested in this self absorbed new guy with “Prince syndrome” and tell him off… Only to discover he is her real fiancee!

She tries to talk nice to him but as he remembers how she mistreated him in the past (nine years ago when they were the royal kids at a big event), he is furious. “I will never acknowledge you as my fiancee… you stupid self absorbed princess!”. Anyway, he has a girl he likes: Yu Yangyang. She is nice, calm, hardworking, and humble.. brief, the complete opposite of our little princess.

The two start to fight about Yu Yangyang… and as things get messier, all three fall in the swimming pool conveniently situated behind them. Left by herself in the pool as Chuyao is busy saving Yangyang … Nianyu jumps in the water to her rescue.

The next day, Xingchen feels humiliated and swears vengeance on Chuyao. She will makes him fall in love with her highness and then dump him.

The plan fails miserably and Xingchen goes to her favourite manga shop for some BL readings. She rants about her life:

“Why is everything so hard no matter how much I try? And what about this Nianyu who mercilessly shamed me in public by grabbing my boobs? I know… it must be because… they are a BL couple!!”

She is heard by Mr. Bear, aka Nianyu at his part time job (xD). Mr. Bear feels bad for this little girl and decides to comfort her.

That evening, they accidentally hear a malicious plot by some mysterious men in the black.The two run away but Xingchen accidentally swaps her phone with theirs. Oups…

As her plan fails… she has another idea: attend the same school and slowly get closer to him. On the first day, she meets Chaoyu, Yangyang, and Nianyu. Hehe, I think I will love this quatri-love situation 😀

Still not sure if you want to watch this drama? Here is a teaser:

18 thoughts on “[Recap] My Little Princess with Mike D’Angelo and Zhang Yuxi Ep. 1”